The Center for Human Awakening BLOG

BLOG
Blogs contained here emanate from questions or responses to themes that arose in psychological and spiritual settings – sessions, groups, training workshops, etc. Please note that blog entries 64-166 are drawn from Richard Harvey’s articles page. This retrospective series of blogs spanned over 25 years; please remember when reading them that some of Richard’s thought and practice have evolved since. We hope you enjoy this blog and that you will carry on submitting your psycho-spiritual questions for Richard’s response, either through the form on our Contact Us page or in the ongoing video blog series. Thank you.
« Missing Life | Main | Spiritual Autobiogra... » 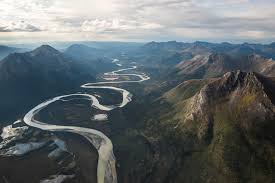 This is the first of a two-part article on Spiritual Autobiography. In this article we explore thought, action, and emotion.

Biography means charting a life. Charting a life implies a narrative form: some beginning, some end, as we have briefly looked at, and "auto" of course means you do it. It is about you, considered and from your own perspective, you might say. There is another perspective and that is from another, another's view of you and your life. The autobiography of anyone begins curiously, not in their life as such, but in their mind, in their thought patterns. Everything we see, touch, taste, smell, and feel is subject to some interference, or we should say interpretation, by these patterns of thought. We impose those patterns. Thus it is almost impossible for us to look at the cloud or its reflection in the puddle without saying something like, Can you see that dragon in the sky? Or it looks like a face, a flying saucer, or a cat, and so on. We impose pattern by making associations and these associations are amplifications of our life's experience, images which we overlay, or repeated patterns we see over and over in our minds, the products of our thoughts, the extensions of our mind.

What if our biographical narrative is no more real than these images we "see" in the sky, in the reflections in the water? What if the sense we have of ourself traveling, evolving, making his or her way through life, are merely impressions, patterns of thought, a kind of stencil that our thought patterns insist everyone and everything in its way conform to?

If the thought, narrative, pattern, or reflection is the first autobiography then the second is surely the action one. Everyone is the central hero in his or her own drama of life. You, like Odysseus, Parsifal, Randolph Scott, or Clint Eastwood ride into town and... ride out of town and in between, well that's another story. You are your own action hero and like modern movies you have to do to be seen, to make an impression; to be someone you must do.  Always in the narratives of movies today there is doing, lots of doing. Even in Shakespeare you had to have people doing. In myths and fairy tales there is action and drama and dramatic tension from these actions. If no one does anything, there's not much to see and so not much grip or engagement or the required tension that feeds that sense of engagement, interest, and concern.

Movies about writers, for example, are just not that good, not that absorbing, usually. Similarly movies about meditating or other inward processes. We tend to join the protagonists, if you can call them that, in a kind of soporific state, when after all there's not enough doing to keep us awake and attentive. And this tends to be the case too in the outer, so-called real world. We need drama, crisis even, to sustain attention. The news media knows this, the novelist and short-story writer knows it too, just as the neighbor, the person you meet at the bus stop, and your friends or relatives who you meet periodically at social gatherings know it. They're all looking for the drama, for the sympathy, the pity, the involvement, the identification, the living by proxy, safely suffering through another, perhaps through you, in a vicarious sleight of hand that sustains and lives them.

We too in our lives perhaps covertly crave drama. Without some drama we may fall asleep. It is rather like ending. It is rather like death. It is rather like everything that in life we try to avoid endlessly. So the second level of biography reflects this fundamental need, the one to enact, to create dynamic tension and drama in relationships, in doing, acting, achieving, succeeding and failing, some novelty, some content—heaven forbid there should be none!—no content, that we should be blank is a terrible state and not one you should own up to and certainly not aspire to.

So now we have the thought patterns of mind and the compulsive action level of biography. This then is followed by the third level and it is the emotional one. Everyone has some form of emotional biography, autobiography, going on. It is how we feel, our feeling engagement with life. Some people live this biography more than others of course. Some people are more centered, more governed by emotion than, say thought or action in which case this level of autobiography is the stronger of the three levels. When you are primarily an emotional person, when this is the principal corridor through which you meet experience, you see, experience, and interact with the world and are predominantly affected and motivated by feeling emotions.

Indeed some people's lives are exclusively motivated, even animated, by feeling emotions. Their decisions are all emotional ones. The primarily thinking person considers such folk irrational, illogical, impetuous. They do not understand them and their motives and they tend to look down at them. Much the same way as the head apparently presides over the body and the heart, the thinking-oriented person adopts a superior looking-down attitude to the emotional person and their exploits through life. The action person may be mystified by both the thinking and the emotionally-oriented person. Their access to life is through doing and sometimes thinking less and not feeling may mean they make rather superficial or uninformed decisions in their lives.

What should start to become apparent from this consideration is that we as human beings are thinking, acting, and feeling organisms. Surely there should be a way to be all these rather than only one? Surely we should be able to harmonize and make confluent these differing modes of experience and engagement to become more than a mere partial human being, a biased, imbalanced being that favors his or her apparently innate preferences?

Part 2 of this article will look at wholeness, transformation, and true nature.