The Center for Human Awakening BLOG

Who Weeps for God? : Center for Human Awakening BLOG

BLOG
Blogs contained here emanate from questions or responses to themes that arose in psychological and spiritual settings – sessions, groups, training workshops, etc. Please note that blog entries 64-166 are drawn from Richard Harvey’s articles page. This retrospective series of blogs spanned over 25 years; please remember when reading them that some of Richard’s thought and practice have evolved since. We hope you enjoy this blog and that you will carry on submitting your psycho-spiritual questions for Richard’s response, either through the form on our Contact Us page or in the ongoing video blog series. Thank you.
« The Flowering Of A... | Main | What Is The Essence... »

Who Weeps for God? 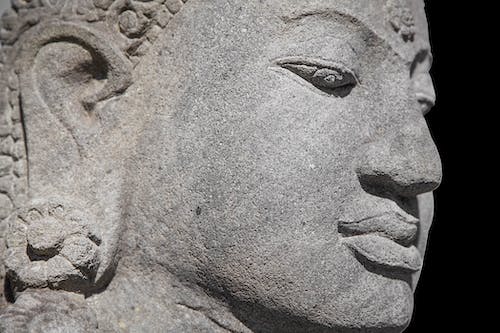 Let us borrow from other voices in other times as a way of seeing where we are going and what we are going toward.

Ramakrishna said, “Can you weep for Him with intense longing of heart? Men shed a jugful of tears for the sake of their children, for their wives, or for money. But who weeps for God?”

Gandhi said, “God is absolute truth. I am a human; I only understand relative truth. So, my understanding of truth can change from day to day. And my commitment must be to truth rather than consistency.”

When I took delivery of my second computer (the first one was given me by a friend; it only did digits and letters) it was a major logistical event. Several sizeable cardboard boxes appeared out of the back of the delivery van. Luckily I had a medium-to-large room for my study and therapy space in those days. Just the same the boxes filled a large area. On inspection, each box was full of polystyrene moulds with light grey casings at the center. Once I had unpacked the boxes and arrayed the PC, keyboard, printer, scanner, and monitor over the desk and tables, and the cables, plugs, and paraphernalia all over the floor, there was the manuals, the guarantees and brochures, and finally the instructions booklets for connecting the hardware.

I had seen this written material before. Posing like books and looking as philosophically opaque as the texts on the shelves of a university professor, they were actually quite simple, even simplistic. Even so if you didn’t read this material fully you were in dire trouble. So with pictures, diagrams, and numbered and sub-numbered points you dredged through this highly tedious material. Sometimes after several pages you caught the drift and inserted a jack plug or a din plug into some opening in the back of something, which was a significant triumph.

Once you had got everything up and running you became an expert. You could have written the manual—probably better. These books, though I kept them for longer than I shall admit, were lined up beside my “real” books, partly so I could feel secure in case anything went wrong and partly to impress visitors with my computer literacy (rarer then than it is today). Thus these IT books became a fetish.

When I picked up my latest computer I slid it under my arm and walked out of the shop. No books, no manuals, no instructions. We know now that computers are a reflection, a continuation of our brains and senses. It’s best not to think when you use a computer and you certainly don’t need a manual anymore. Computers are technology, simply a ways and means to achieve a goal.

Meditation, spiritual method, practice, belief, cultism, religion, sangha, dharma, karma, bhakti, shakti, gnana, hatha yoga, non-dualism—like those old IT manuals, are all ways and means, maps of the roads—really just spiritual technology. If they don’t get you there, they’re not much use—in fact they’re useless. Like an old mechanical manual for a car that is no longer in production that nobody owns anymore. I have known people who fetishized their old sports cars, like others fetishize their TM, zazen, Dzogchen, Wicca, or barong dancing.

Your spiritual practice, your sacred life should not be a preference, a fetish, an anachronistic attachment to a romanticized cult figure or a fixation on some beliefs, merely a “spiritual” extension of your ego. Your spiritual-sacred practice should be teeming with life, vibrancy, health, energetic and enthusiastic, living and breathing. There are, like all things, ways to get there and ways to foul up, procrastinate, stall and backslide.

The computer manuals, fetishizing, and pic’n’mix spirituality [from last time?]—what do they show us tell us about humanity’s connection to the Divine? It tells us that not only is the connection missing but it’s misunderstood, that the spiritual has become material, that we have become indoctrinated by scientism, the cult of belief, our terror of our own fears and desires, our resistance to being who we are. Our own decrepit defenses against egocentricity have cast us out of heaven, out of authentic relationship, and finally out of ourselves. Human beings have become the hollow men with “Eyes [they] dare not meet in dreams…” as T S Eliot wrote:

The eyes are not here

There are no eyes here

In this valley of dying stars

In this hollow valley

This broken jaw of our lost kingdoms

In this last of meeting places

Ironically your greatest spiritual asset is what appears to be your greatest obstacle: your obsession with yourself. Today we live in the age of individualism. But this age of the individual is far from straightforward. Obsessed as we are with ourselves, addicted as we are to our own self-importance, self-indulgence, and self-aggrandizement, we have the means, the power, and the strength in our possession. These are contained in our obsession and addiction to ourself. If we can only harness the power of obsession and addiction, and redirect it toward the Divine in no time at all we would be free!

But is this what we truly want? Do we—can we—truly weep for God, as Ramakrishna asks? Weeping for people and things, all of which will fade and pass, are we able to give heart-recognition to the deathless, to the eternal, to the Divine?

And do we give our attention appropriately and sufficiently to our spiritual awakening, arguably the only thing of ultimate value, the only thing that really matters? When and if we do, can we sustain our discipline and obedience to the higher calling, as Malebranche asks?

And finally, can we live the human life, the fully human life, the one in which we allow the divine to manifest through our humanness—not in spite of our humanness—and live within the contradictions and paradoxes that bring us to the very edge of experience, the precipice of the sensible world, the reality and expression of eternity in the field of space and time, as Gandhiji spoke for and taught and lived.